By amalgamating silicon microparticles with carbon nanotubes, it has been demonstrated that silicon could prove to be possible anode in future Li-ion batteries for storing electric charge in high capacity 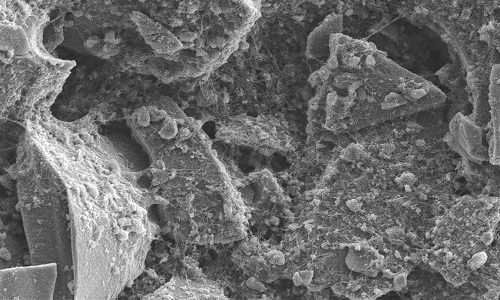 Hybrid of mesoporous silicon microparticles and carbon nanotubes that can improve the performance of silicon in Li-ion batteries. (Image credit: https://news.cision.com)

In order to lessen the impacts of energy production on climate, various industrial sectors worldwide are actively searching for new and sustainable technologies. Although green energy promises to become a viable solution, it is not well-established yet. Research work is still going on with respect to it. In this process, improvements in battery technology play a key role.

The anode in Li-ion batteries is generally composed of graphite. However, silicon has ten times higher capacity than graphite and has the potential of doubling the total power in the battery cell. But silicon is known to be unstable, raising doubts concerning its feasibility for being used as an anode.

Now, researchers from the University of Eastern Finland have developed a hybrid material of mesoporous silicon (PSi) microparticles and carbon nanotubes (CNTs) that could be a probable solution to the above problem. This hybrid material was created by fusing PSi and CNTs with the correct polarity to not hinder the diffusion of lithium ions into silicon. The electrical conductivity and mechanical durability of the material improved as well.

“The progress of the LIB research is very exciting and we want to contribute to the field with our know-how related to mesoporous structures of silicon. Hopefully, the EU will invest more in the basic research of batteries to pave the wave for high-performance batteries and to support the competitiveness of Europe in this field,” said Professor Vesa-Pekka Lehto from the University of Eastern Finland.

Next, the researchers are aiming to produce a full silicon anode with a solid electrolyte to address the challenges related to the safety of Lithium-ion batteries and the unstable solid electrolyte interface (SEI).