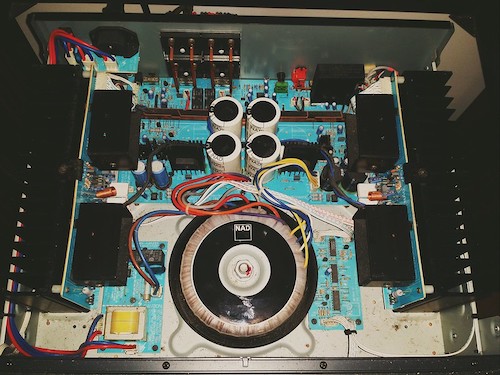 Amplifiers are the devices that process and increase the signal amplitude, It takes weak signals as input and amplifies them and gives stronger signals at the output. The amplifiers do amplification to current, voltage and power and hence they are classified as per their job as a current amplifier, voltage amplifier and power amplifier.

This amplifier amplifies the amplitude of input current

Why do we require such an amplifier?

This amplifier amplifies the whole waveform input i.e. it amplifies both Positive and negative halves of waveform. This is because the transistor is on during full cycle or you can say the transistor conducts during the full cycle and also has a conducting angle of 360 degrees.

This amplifier uses two transistors and work together and are active less than a full cycle but more than half cycle and have the conduction angle around 180 degrees and 360 degrees. It emerges from combining the power of class A and class B amplifiers.

This amplifier is the most efficient and has the lowest operating cycle and linearity compared to other Class A, Class B and Class C amplifiers and has a conduction angle around 90 degrees and stays on for less than half the input cycle.

It is a nonlinear switching amplifier having two transistors functioning as a switch and converts the analog signal into pulse width modulation.