Quantum computing helps scientists and researchers in solving problems above a certain complexity. Quantum computers derive their power by utilising quantum mechanics and marvels such as superposition and entanglement, which allows them to perform a variety of computational tasks exponentially faster than classical computers. 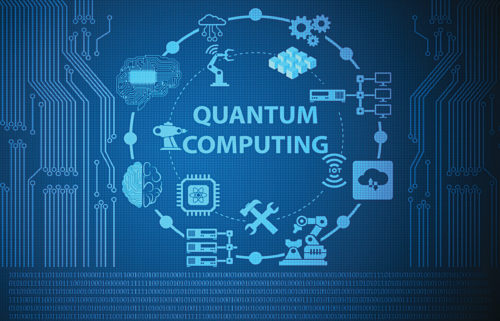 The invention of the computer has undeniably been one of the biggest technological revolutions in the history of mankind. However, classical computing is not the only way that was formulated in the last century to solve complex problems. While it was in 1927 that physicist Heisenberg introduced the uncertainty principle, it was not until 1970 that using quantum mechanics as a communication resource and the term quantum information theory came into being. So, the question arises: how is quantum computing different from classical computing, and how did it go from being a purely theoretical subject to being used by companies like Google and IBM?

We already have computers and even supercomputers for faster processing speeds, then why do we need quantum computers? To understand it, we need to understand the difference between the two.

A classical computer’s main purpose is to save and manipulate data for working. Its chip uses bits to store this information. These bits are like tiny switches with two states—on and off, represented by one and zero, respectively. From every pixel in an image to the texts exchanged between people, everything is ultimately made up of these bits, a language that the computer understands. But even supercomputers cannot define the uncertain state that exists between on and off, especially on atomic and molecular levels. This makes them capable of only analysing simple molecules in practical applications related to biology and chemistry.

This is where scientists and researchers needed to find a better way of computing when the probability is involved (such as spinning a coin instead of flipping it). Also, for problems above a certain complexity, more computational power is required, which is only possible with quantum computers.

Dr Martin Laforest, senior product manager and quantum technology expert, Isara, explains, “Quantum computers leverage the surprising and often counterintuitive behaviour of atoms and molecules, making them radically different from today’s computer. They derive their power by utilising quantum mechanics and marvels such as superposition and entanglement. Their quantum behaviour makes them much more powerful, allowing them to perform a variety of computational tasks exponentially faster than classical computers.”

Behind the magic: Working of a quantum computer

Quantum computers use quantum bits (qubits) instead of the regular bits. By combining qubits, a lot more data can be processed in less time as compared to basic computers. Underlying quantum computing is the principle of quantum mechanics. Fundamental quantum properties like superposition, entanglement, and interference are used to manipulate the state of a qubit.

Superposition refers to the overlapping of usually independent states. Real-life examples include sounds generated while playing an instrument where notes are played simultaneously, or waves formed on throwing a stone in a lake. Qubits can be in superposition, that is, somewhere between on and off. This means that if there is more than one option, a quantum computer can go through each option simultaneously and choose the ultimate answer, instead of ruling out previous options individually before checking the next option.

Entanglement is a quantum phenomenon where states of two particles, even if they are physically separated, are tied such that they cannot be described independently of each other. Whatever is the result of measuring one of these particles, the outcome of another one will be mathematically related to it. This correlation is necessary for faster computations through special instructions (algorithms) that can only be written with quantum computers. Just like wave interference, quantum states can also change (cancel or add) depending on whether they are in phase or out of phase.

Making of a quantum computer

According to IBM researcher DiVincenzo’s Criteria, there are five minimal requirements for creating a quantum computer—a well-defined scalable qubit array; an ability to initialise the state of the qubits to a simple fiducial state; a universal set of quantum gates; long coherence times, much longer than the gate-operation time; and single-qubit measurement.

There are different ways to create a qubit. In one of the most commonly used methods, superconductivity is applied to create and preserve hard-to-maintain quantum