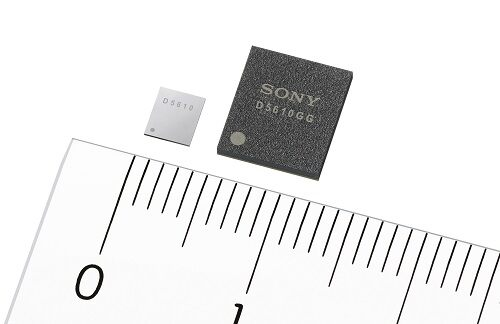 Situations such as multipath propagation caused by surface reflection results in a signal disturbance on the receiving end. Additionally, device size constraints require for a compact battery, whereas satellite signal reception and positioning when using GNSS functionality typically consumes a lot of power, resulting in poor battery life.

Therefore, Sony Corporation has announced that it will soon be releasing a high-precision Global Navigation Satellite System (GNSS) receiver LSIs CXD5610GF and CXD5610GG for IoT and wearable device applications and will be having low power consumption for dual-band positioning operation.

The new LSIs support not only conventional L1 band reception but also the current L5 band reception that is being implemented across GNSS constellations, thereby making them capable of dual-band positioning. Sony’s algorithms enable stable, high-precision positioning for wearable devices even under difficult conditions. Also, the company’s high-frequency analogue circuit and digital processing technologies deliver the low power consumption during continuous positioning for dual-band reception operation, at only 9 mW.

It is expected that the new LSIs will drive greater opportunities to develop new products and services such as smartwatches and other wearable devices that cannot use external power supplies, as well as IoT devices used for applications such as trackers. They also show promise of usage in a wide variety of applications which require precise positioning and stable communications, such as automotive services.