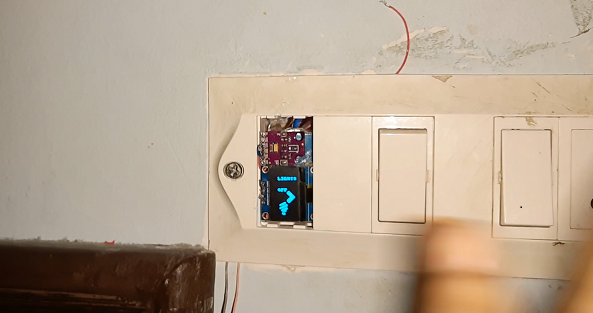 With increased technological advancements, switches require updating with current times. To avoid the risk of contracting COVID-19, it has become important to not touch surfaces of buttons and keys that have been frequently used by other people. This calls for a need to innovate the switching technology for replacing a hand-operated switch,

So today, we will design a no-touch switch that works entirely on hand gestures. Our smart switch includes a sensor that is capable of detecting hand movements and translates them into commands for controlling lights, fans and various home appliances.

Let’s start designing the smart switch by shopping for the following components.

First of all we need to install the required library in the Arduino IDE. Go to Select → Library Manager → Search APDS9960 → Install Adafruit APDS9960

Then create a loop function to update the sensor readings and use your hand gestures as an input to control the pin. Also create a few if conditions for specifying the commands based on the type of hand gestures (up, down, left and right).

Now upload the code to Arduino and connect the components as described in the circuit diagram. Then connect the AC wire with the common pin of relay module to control the lights and fans.

Fig 7. Connection inside board

Now power the device and relay. When you will move your hand in an upward direction, the relay will be moved and lights will switch ON. Similarly, a hand gesture in downward direction will switch OFF the lights.