The implementation of AI coupled with hi-tech sensors offers massive potential for drones to become autonomous in the near future. Besides their implementation, the equipment and software that go into the UAVs will require even more enhancements. This development can benefit agriculture and disaster management and can lead India to play a greater role on a global scale. 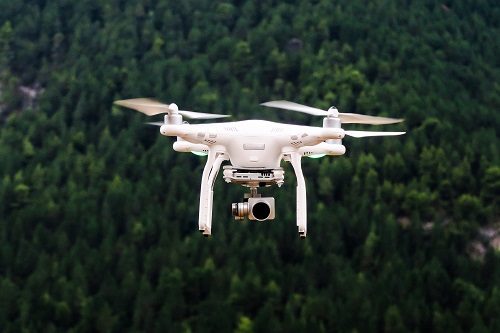 The huge benefits potential that drones provide for successful deployment in various sectors has resulted in growing interest from both public and private players. Thanks to emerging technologies such as AI and ML, these UAVs have a great scope for improvement. After witnessing the possibility of autonomous cars, a similar excitement has now surfaced around the possibility of having autonomous drones soon.

Later, Amber Dubey, Joint Secretary at Ministry of Civil Aviation, Government of India joined the panellists to give his insights as to how India can approach towards becoming a drone powerhouse.

Here’s presenting an in-depth look into how the entire conversation unfolded.

The topic of the discussion was ‘Latest technologies available to create cutting edge drones’ regarding which there were certain questions such as:

Before providing answers to the above questions, the challenges that worry most developers of drone technology were identified such as :

”When you don’t correlate the imagery data (obtained through photochromatory process), LiDAR can then give better quality data. These are not exactly opposite technologies but complement each other. When it comes to cost, most people think that LiDARs are expensive. In the last 4-5 years because of autonomous cars and the emergence of new technologies, mass-scale production is happening resulting in cost reduction of LiDARs,” said Naresh Soni.

Work to be done

”In autonomous, we need to ensure about safety..it is the first thing because there are several obstructions when flying in a city such as narrow street or trees. A drone might require to be operated both at day and night. Therefore obstacle avoidance sensor is necessary to be used in each and every drone, said Sagar Gupta.

”Drones are vehicles with eyes. If you position chips in certain areas, then it acts as a localisation sensor but the core research there ends up being what sort of technology it will use (ultra-wideband, ultrasound etc.). On the hardware front, the question regarding drones to go in contact with structures stably using positioning systems needs to be attended,” said Daniel Raj David.

Expectations for the future

”What is going to drive this industry over the next decade or so is a metric called picojoule per inference. It relates to the amount of power consumption to compute one AI/ML inference on an edge device. It applies to make the drones autonomous as well as generate revenue streams for people who want to deploy these drones,” said Amit Mate.

”Our competition is at a different plane. It is first with the international players. Lastly, the drone has to (implemented) as a service. The hardware will reduce to less than 5 per cent of the value of the drone but 90 – 97 per cent of value will come from the software that is packed into it. Its future value depends on what you do with the data, not the collection of data,” said Amber Dubey.