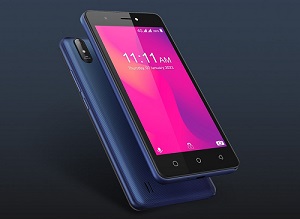 Keeping up with Government of India’s ‘Make in India’ initiative, Lava, one of India’s largest mobile handset company, has announced the launch of its smartphone upgrade program called Zup. Through this program, users of Lava Z2, Z4, Z6 and MyZ smartphone will be able to upgrade their RAM/internal storage at a nominal cost.

At the same time, the company will be launching the Lava Z1, a smartphone designed and Indian manufactured in India. The Lava Z1 is powered by a highly efficient MediaTek Helio A20 chipset. The 12nm chip with dual camera capability and worldwide 4G LTE Cat-6 is enabled by a fast quad-core ARM Cortex-A53 CPU operating up to 1.8GHz with an IMG PowerVR GE-class GPU, plus high-speed LPDDR4 memory.

Along with the Lava Z1, also available is the Lava BeFIT,  a smart band that packs in features like heart rate, body temperature & SpO2 monitor, GPS based activity tracker and auto sleep tracker.