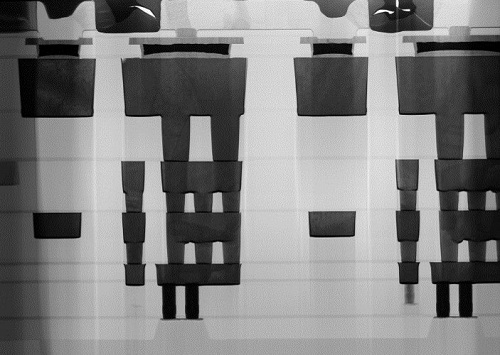 Scientists from CEA-Leti have demonstrated a machine-learning technique that assists in the development of resistive-RAM (RRAM)-based edge-learning intelligent systems.

The learning algorithms currently used in RRAM-based edge approaches cannot meet with device programming randomness, or variability, as well as other intrinsic non-idealities of the technology.

To get around that problem, the team developed a method that actively exploits memristor randomness, implementing a Markov Chain Monte Carlo (MCMC) sampling learning algorithm in a fabricated chip that acts as a Bayesian machine-learning model.

While machine learning enables the models and algorithms for edge-learning systems, careful consideration is required concerning how these algorithms map onto hardware to bring machine learning to the edge. Machine-learning models are normally trained using general purpose hardware-based on a von Neumann architecture, which is unsuited for edge learning because of the energy required to continuously move information between separated processing and memory centers on-chip.

Intensive research in the microelectronics industry is currently focused on using RRAM as non-volatile analogue devices in hardware-based artificial neural networks that can allow computation to be carried out in-memory, to drastically reduce energy requirements. RRAM has been applied to in-memory implementations of backpropagation algorithms to implement in-situ learning on edge systems. However, backpropagation requires high-precision memory elements – often necessitating energy-intensive techniques.

The research team’s breakthrough was an approach capable of leveraging this randomness, instead of trying to prevent it and incorporating in-situ learning through the application of nanosecond voltage pulses to nanoscale memory devices, which resulted in an extremely low-energy solution. So, relative to a CMOS implementation of its algorithm, the approach requires five orders of magnitude less energy (equivalent of the height difference between the tallest building in the world and a coin lying on the ground).

The approach is capable of bringing learning to edge-computing systems, which is impossible using existing commercial approaches. Such an application could be an implanted medical system that locally updates its operation based on the evolving state of a patient. To run a representative test of learning at the edge in such an environment, the team experimentally applied RRAM-based MCMC to train a multilayer Bayesian neural network to detect heart arrhythmias from electrocardiogram recordings – reporting a better detection rate than a standard neural network based on a von Neumann computing system.

“This highlights that, beyond being RRAM-compatible, Bayesian machine learning offers an alternative modelling method that appears well suited to the characteristics of edge learning,” the team stated. “Our system could be used as the foundation for the design and fabrication of a standalone and fully integrated RRAM-based MCMC sampling chip, for applications outside the laboratory.”

The achievement will finally open the door to edge learning and an entirely new set of applications.