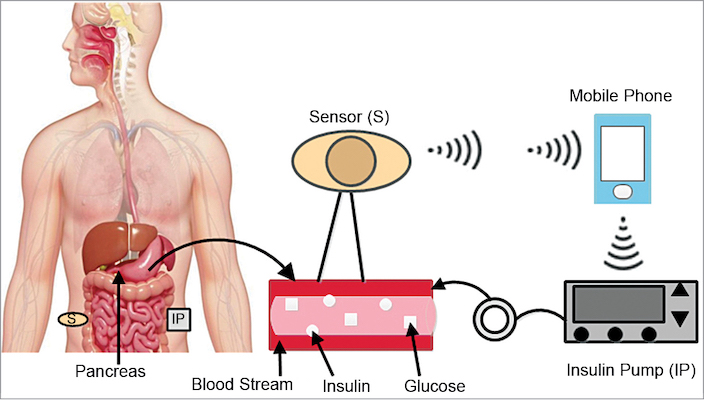 The introduction of artificial pancreas (AP) has proved to be a boon for diabetic patients. This medical device has the potential to improve the conditions of people infected with type 1 diabetes (T1D). Hence, people must be aware of the working of AP in order to utilise it for maximum health benefits

Diabetes mellitus (commonly known as Diabetes) is one of the serious chronic diseases characterised by high glucose levels in the blood. The main cause of this disease is the inappropriate working of the organ called pancreas. This disease affects the ability of the body to produce or use insulin appropriately.

The pancreas is located in the abdomen behind the stomach. When we eat food, our body converts that food into energy through glucose. Therefore after a meal, when the glucose level in the blood increases, beta cells of the pancreas release insulin, which stimulates fat cells to remove excess glucose from the blood and stores it in the liver in the form of glycogen, thereby maintaining blood glucose level in the desirable range of 70mg/dL to 180mg/dL.

When the concentration of glucose in the blood gets low, alpha cells of the pancreas secrete hormone called glucagon by catabolising glycogen stored in the liver. The blood sugar level of a diabetic patient thus remains normal. The glucose drop might be due to insulin not being produced in the appropriate amount as it should be.

As per the International Diabetes Federation, 415 million individuals suffered from diabetes in 2015, and it is estimated that 642 million people within the age group of 20 to 79 years will suffer from this disease by 2040. Diabetes leads to adult blindness, end-stage renal disease and viral infections, cardiovascular diseases, cancer, and injuries. It is considered as the fifth main cause of worldwide death. Individuals with diabetes are susceptible to coronary illness as well.

Generally, there are two types of diabetes: Type 1 diabetes (T1D) and type 2 diabetes (T2D). In T1D, the immune system gets damaged and attacks beta cells in the islets of Langerhans of the pancreas that release insulin. Due to this, individuals infected with T1D need daily injections of insulin to survive.

Whereas in T2D, the body makes enough insulin but is unable to utilise it effectively. Adults above the age of forty years usually get infected with T2D.

The medical practitioners and healthcare researchers have taken various steps to tackle the problem of diabetes, such as the development of a mathematical model of glucose-insulin dynamics, automatic infusion pumps, sensors to monitor glucose level, and a control system for automatic infusion of insulin.