It can operate at frequencies in the order of 50 kHz, which is more than two times higher than the capability of conventional MEMS gyroscopes 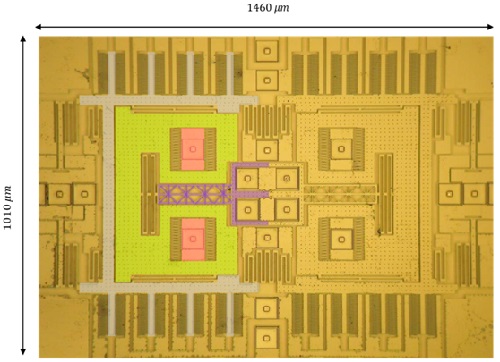 Due to their small footprint and low power consumption, MEMS gyroscopes help in monitoring and controlling device position, orientation, direction, angular motion and rotation for vehicle stability, indoor navigation when GPS is disabled and gesture recognition in smartphones.

To overcome this distortion, CEA-Leti scientists in collaboration with researchers at Politecnico di Milano have developed a high-performance gyroscope that can operate at frequencies in the order of 50 kHz, which is more than two times higher than the capability of conventional MEMS gyroscopes and beyond the frequencies of vibrations commonly found in automotive, industrial and aeronautic settings. In driverless cars, these gyroscopes can ensure safe navigation when GPS is blocked, e.g. in a tunnel and when LiDAR fails. The breakthrough also detects minute rotational movement even among system vibrations.

“While various applications are requiring improved robustness to vibrations beyond 20 kHz, state-of-the-art gyroscopes are still operating around this frequency value due to a performance worsening which arises with frequency increase,” the paper reported. “This work proves that NEMS-based gyroscopes can be designed at larger operating frequencies … holding outstanding performance in terms of noise, stability and spurious modes for the considered footprint and (power) consumption.”

“To increase the gyroscope’s operating frequency without reducing sensor performance, the capacitive detection of MEMS gyroscopes have been replaced with ultra-sensitive piezoresistive nano-gauges,” said Philippe Robert, MEMS business development manager and senior expert at CEA-Leti. “This new 1.5 mm² high-frequency gyroscope has characteristics that exceed the state of the art in terms of bias, noise, linearity and other conditions.”

The fabrication of the new device is based on the M&NEMS technological platform that allows the gyroscopes to be co-integrated with a 3-axis accelerometer and/or a high-performance pressure sensor on a single chip.