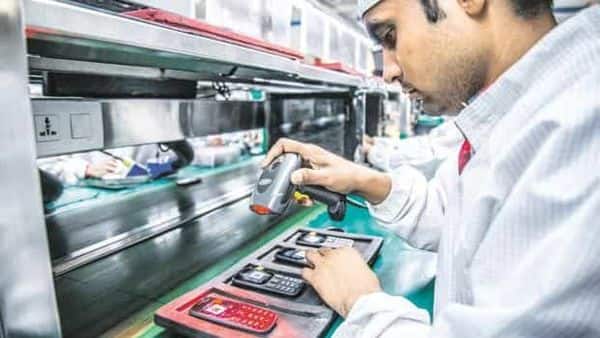 NEW DELHI :
Mobile manufacturers shortlisted under a production linked incentive scheme invested ₹1,300 crore and produced goods worth around ₹35,000 crore in the 2020 December quarter, the ministry of commerce and industries said on Wednesday.

The Production Linked Incentive (PLI) Scheme for large scale electronics manufacturing was notified on April 1, 2020, under which there will be an incentive of 4 to 6% on incremental sales for a period of five years subsequent to the base year.

The government had selected 16 proposals under the scheme, including from Samsung, Foxconn Hon Hai, Rising Star, Wistron and Pegatron with an incentive outlay of ₹36,440 crore.

Three companies — Foxconn Hon Hai, Wistron and Pegatron — are contract manufacturers for Apple iPhones. Apple and Samsung account for 37 and 22 per cent of global sales revenue of mobile phones.

“As per the quarterly review reports for the quarter ending December 2020, in the first five months of scheme operation and despite challenging times, the applicant companies have produced goods worth ~INR 35,000 crore and invested ~INR 1,300 crore under the scheme. Additional employment generation during this period stands at around 22,000 jobs,” the ministry said in a statement.

The government also notified PLI Scheme for IT Hardware on March 3 and the last date for application under the scheme is April 30.

Under this scheme, eligible players will get an incentive of 1 to 4 per cent on net incremental sales over base year of goods manufactured in India.

“The scheme is likely to benefit major global as well as domestic manufacturers of IT hardware products, namely, laptops, tablets, all-in-one PCs, and servers,” the statement said.

* Thank you for subscribing to our newsletter.