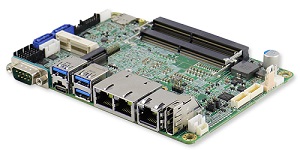 Three independent displays can be driven with up to 4Kp60 resolutions via two DisplayPort (DP & Type C) and one eDP or 24-bit dual-channel LVDS output.